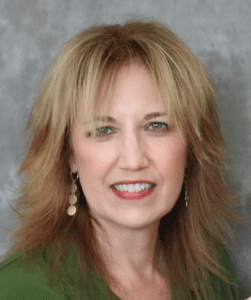 Dr. Jacqueline Bichsel is Director of Research at the College and University Professional Association for Human Resources (CUPA-HR), a leading a research team that maintains one of the largest workforce databases in existence and publishes research on, among other topics, the representation and pay of women and minorities in higher education. She holds a PhD from the University of Alabama and is originally from Quincy, IL. Jackie has served as a board member for the Knoxville Association of Women Executives (KAWE) for the past three years. She is currently the 2021 KAWE president.

Jackie spoke at the Oak Ridge Human Resources Association May 2021 meeting about Diversity, Equity, & Inclusion with a focus on equity for women, including: CWS is pleased to honor Drocella Mugorewera at our annual Benefit for Change event, taking place on November 15th at the Tenement Museum in NYC.

Drocella is the Executive Director of Bridge Refugee Services, an agency serving the refugee community in east Tennessee, and a Refugee Congress Delegate. Drocella’s passion for serving refugees came from her own experiences as a refugee dealing with the challenges of starting over in the United States.

Drocella grew up on a farm in Northern Rwanda, where she developed a love for farming.
She received a government scholarship to study at the National University of Life and Environmental Sciences in Kiev, Ukraine. After completing that program, she returned to Rwanda to work as the Director of Agriculture for the country of Rwanda, going on to become the Permanent Secretary in the Ministry of Livestock and Agriculture and eventually the secretary of Lands, Environment, Forestry, Water, and Mines. She was responsible for significant environmental reform, including implementing a land reform system that allowed women to inherit land for the first time.

Drocella continued to impact her community and her country through her service in government. When the Rwandan Genocide began, Drocella used her post to focus on restoring peace and transitional justice efforts. Then in 2000 she became a member of Parliament, where she helped draft the new Rwandan constitution, which emphasized human rights principles, environmental protection, and gender equality in politics, requiring that women hold at least 30 percent of authority positions in local and national government.

Drocella’s career took a turn when changes in government eliminated her position, but that didn’t stop her from starting her own business and consulting with both non-profits and corporations.

However In 2008, Drocella’s years of outspoken leadership put her in danger and she was forced to leave Rwanda for her own safety. Drocella fled to Uganda, then Kenya, and was ultimately resettled to Knoxville, Tennessee, where she worked in various roles for Cherokee Health Systems before becoming Executive Director of Bridge Refugee Services. She knew she wanted to use her skills to help others like her recover from trauma and build a new life.

Drocella is dedicated to educating the community about the social, cultural, and economic values that refugees bring to our community. A graduate of the 2017 class at the Consortium for Social Enterprise Effectiveness, she has been recognized by the Knoxville Mercury as one of Knoxville’s Difference Makers and completed a leadership course in 2018. Drocella currently serves on the Connect Knox Steering Committee and was recognized as a finalist in the 34th annual YWCA Tribute to Women. Drocella is also an active member of the Knoxville Association of Women Executives (KAWE).

Through her positivity, leadership, determination, and service, Drocella is a beacon of resiliency and strength in her community, urging us that “this is the time to be mindful of not cutting the branches of the trees we are sitting on. The fear of the unknown should not negate our values of welcoming refugees and immigrants.”

Drocella has overcome immense obstacles and is a role model and representation of the incredible contributions that refugees and immigrants bring to our communities.

In 1981, Burns Mailing & Printing, Inc. started in a garage, just the way Apple, Dell, Amazon, Google, Hewett Packard and others got their start.

Burns Mailing & Printing will be celebrating their 40th year in business in 2021.  Ken Burns, the company’s late founder, started the business, and Phyllis, his wife, supported the family while Ken got the business off the ground. The business was moved to two commercial locations before purchasing and building the present building at 6131 Industrial Heights Drive.

Phyllis was Vice President of Toyota of Knoxville and ran the finance offices for that dealership.  In 1990, with two daughters in college, Phyllis joined Ken in the business. This is her 30th year.  At first, Burns just did printing but not long after Phyllis joined the business, they added graphic design and direct mail. In 2019 promotional products was added giving customers a one-stop convenience for those services. In 2010, Ken suffered a stroke and was not able to work.  He passed away in 2014.  Phyllis and Ken were high school sweethearts and were married 52 years.